Lynn
First off this is not a Bigfoot siting just what I believe to be evidence of Bigfoot being in the area I visited. I was driving to see the Mt Rainier Railroad Museum in Washington State. I was on Alder Cutoff Rd and came to the tee intersection at WA 7. The view across the road was awesome. There were stumps from old growth timber in the low water area of Alder Lake that seemed to go on forever. Hard to describe and the pictures I took don't do them justice. I just thought to myself that any sort of wildlife could be among these stumps and hide in plain site. I found a place to park and found a path to get down into the area to look around and take photos of the stumps and was surprised at the size they actually were.Some were actually ten feet tall. As I was walking around there were many footprints of other people and dogs mostly and some small animals. Then I saw two sets of foot prints one large and one set smaller, I thought were of people and my first thought was I know I would not walk barefoot around here. It was soft and in an area which seemed was under water at time as the lake must fluctuate in depth in different seasons. I have tender feet and don't walk barefoot anywhere. At first that's all I thought they were an adult and their child walking barefoot in the soft soil. I went about looking around at the landscape , the huge stumps the lake and the forest. Then came across the footprints again and realized they were pretty big. I took a couple photos of one of the prints and also one with my foot next to it. I am a 11.5-12 shoe size and the shoes I was wearing are 11.5 in the photo. The prints are close to 3" longer than my shoe and much wider. I'd like to think I was walking where a Bigfoot had passed but I can't prove it and I'm probably glad there wasn't one hiding behind one of those huge stumps but maybe cool if it was far enough away. I have some photos of the area and of the foot prints but don't know how to attach them to send to you. This isn't that exiting of a story but but when I show people the photos of my trip I tell them that I believe the footprints to be of a Bigfoot.
Thanks
Dan 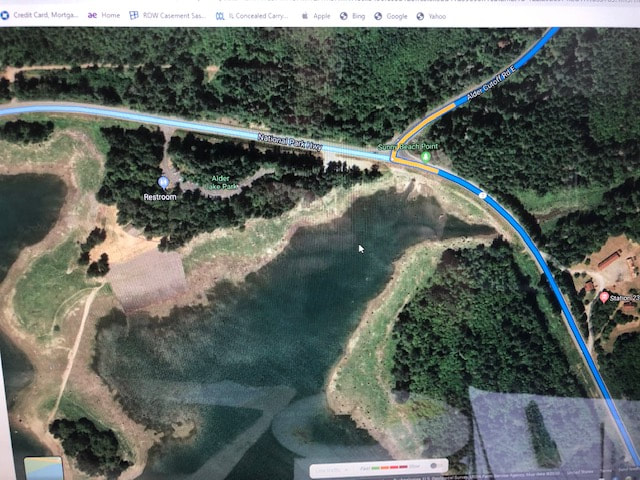 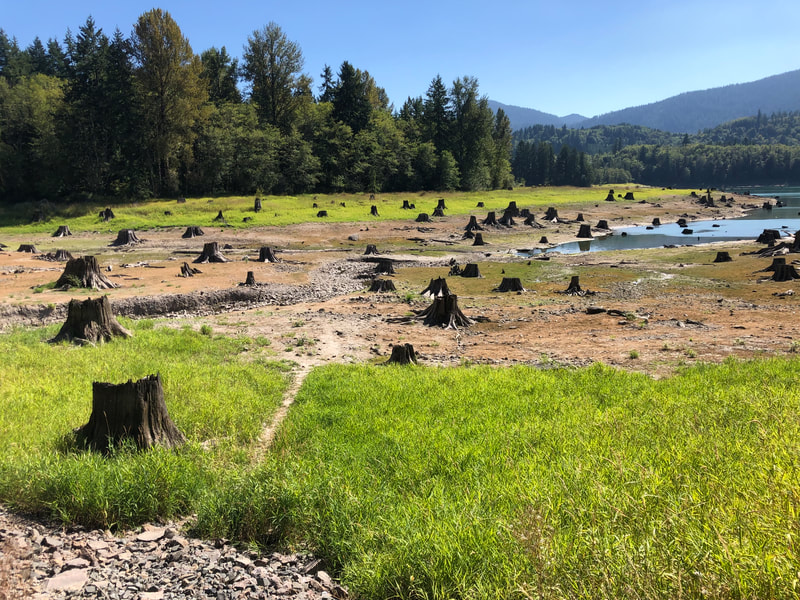 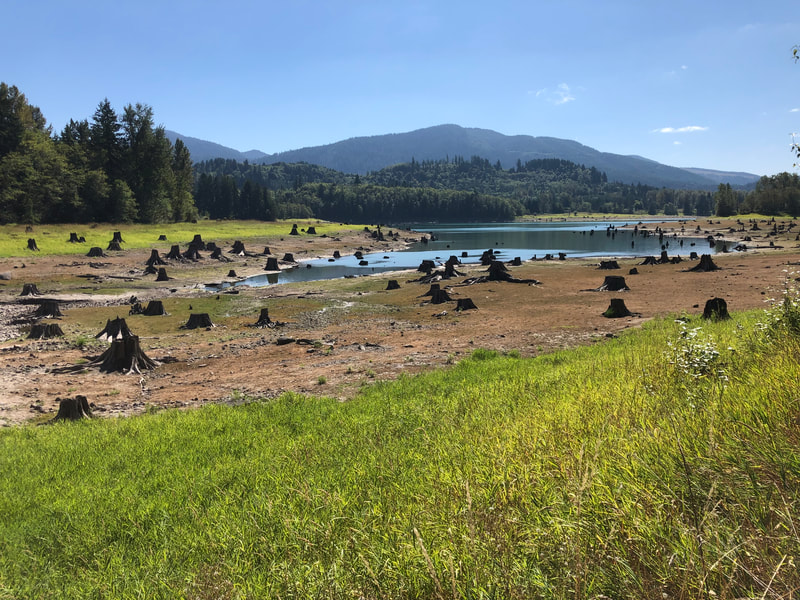 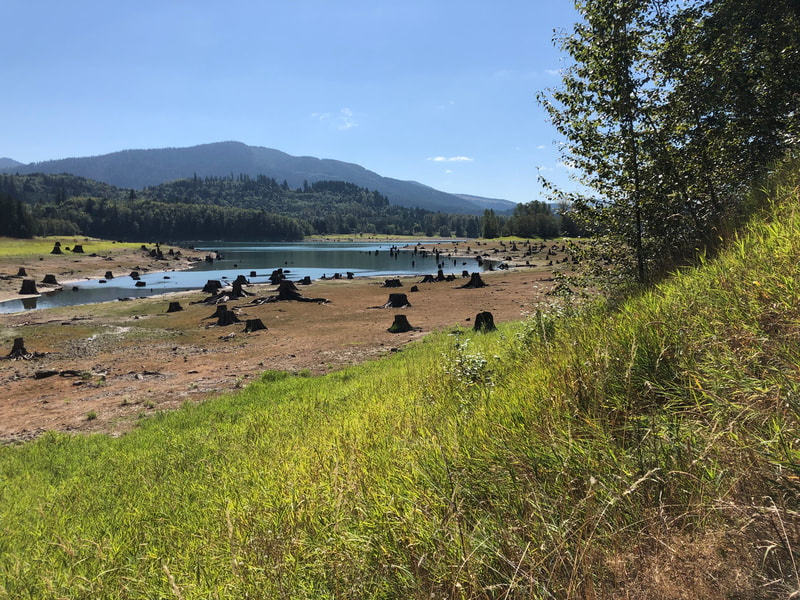 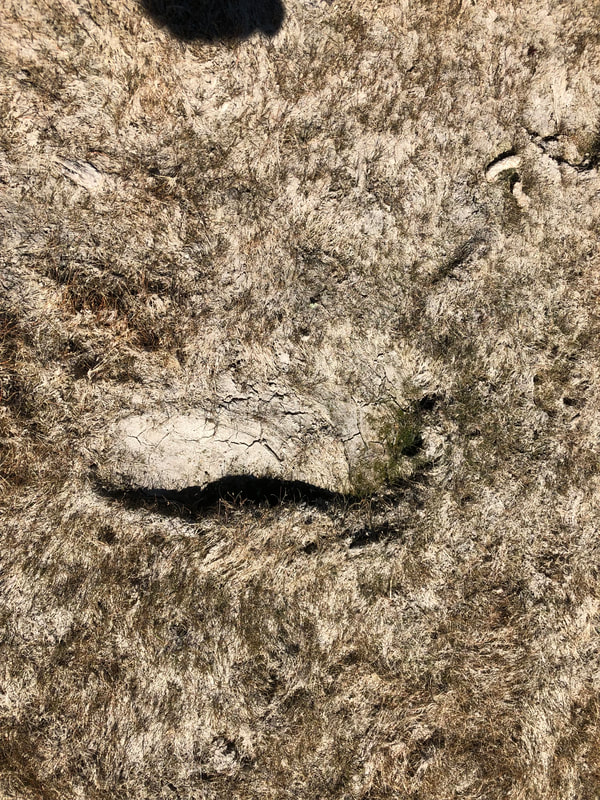 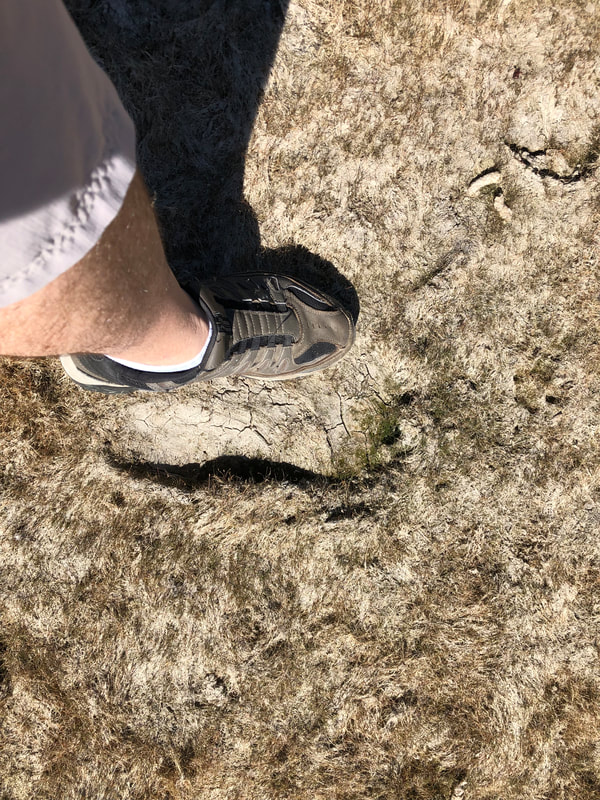